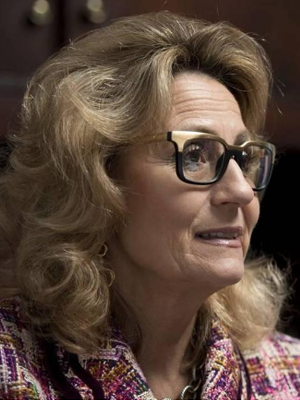 Carson City native, Marybel’s job experiences have taken her to Washington DC and California, as well as Nevada. She has held Pentagon and White House positions in both the Reagan and George H.W. Bush administrations. Marybel has worked for 3 Governors; Nevada’s Kenny Guinn, and California’s Arnold Schwarzenegger and Jerry Brown. She also served as former Vice President of Public Policy and Corporate Social Responsibility for Caesars Entertainment, Inc. and, is currently serving as Secretary of the California Government Operations Agency in Governor Brown’s administration.

Marybel Batjer was interviewed on August 6, 2017 by the Nevada Women’s History Project through a grant from the Robert Z Hawkins Foundation.