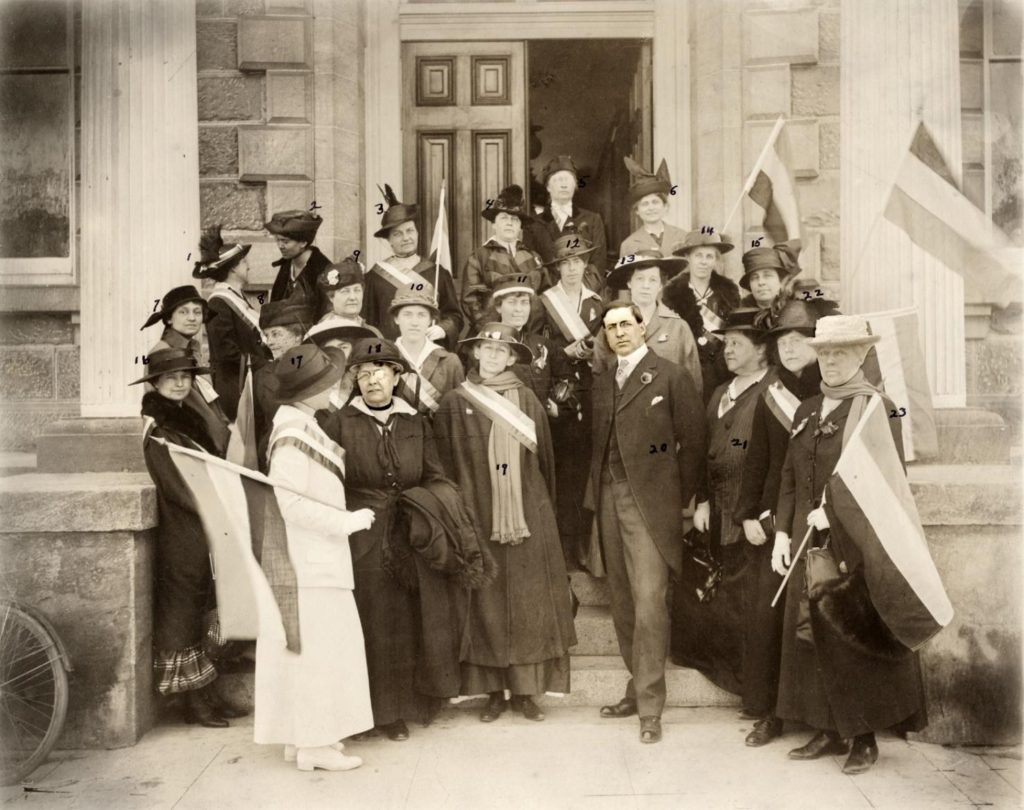 The Nevada Women’s History project is asking for your help to identify these women and locate a photograph of the special V&T passenger car that they traveled in from Reno to Carson City. Is this information in old family scrapbooks?

If you recognize any of these women, or have any knowledge of family members that might have participated in the train ride or are in the photograph, we would appreciate you contacting: Patti Bernard, Nevada Women’s History Project, Chair at awtuv@aol.com or NWHP@pyramid.net..

If our site has been helpful, please consider a donation to our Project.
DONATE to NWHP
Public Disclosure
Top
Manage Cookie Consent
To provide the best experiences, we use technologies like cookies to store and/or access device information. Consenting to these technologies will allow us to process data such as browsing behavior or unique IDs on this site. Not consenting or withdrawing consent, may adversely affect certain features and functions.
Manage options Manage services Manage vendors Read more about these purposes
View preferences
{title} {title} {title}