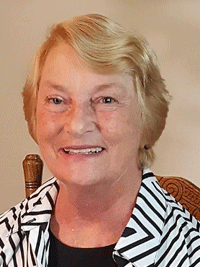 Fern typifies a rural Nevada woman who left Nevada but returned and set out to give back to her community through service. Fern started out in Fallon in the banking business early in her career, about the time computers were becoming commonplace in the banking industry.  She had an aptitude for interacting with the public and ultimately was promoted to an Operations Officer. This was in the decade of the 1980s when women as officers in rural Nevada banks were not commonplace. Fern also recounts her experience in helping open a private investor-owned bank with the challenges such a bank faces in a small rural community. She is currently serving (2017) as Deputy City Clerk for the city of Fallon.

Fern Lee was interviewed on May 21, 2016 by the Nevada Women’s History Project as part of the Women of Nevada Highway 50 project. This project was funded by the John Ben Snow Memorial Trust.