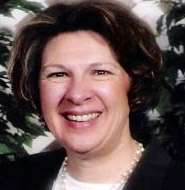 Our outstanding member Kathleen Clemence was honored at the fourteenth annual Nevada Women’s Fund Salute to Women of Achievement luncheon on May 10th in Reno. She was selected to represent the Nevada Women’s History Project as their 2005 Woman of Achievement. Kathleen was unanimously chosen for this honor as she had spent more than a year volunteering her time and talentclemence to work on the Sarah Winnemucca Statue Dedication held in Washington, DC last March. Not only did she serve as the Chair of the Dedication Events, she also chaired and organized the NWHP Conference held in conjunction with the Dedication. Additionally, she was the Chair and money manager for the Sarah Winnemucca Fundraising Committee. She worked with Nevada state personnel, public officials, and the artist who created the statue in planning and executing the event. This was a draconian task. Kathleen proved to be admirably capable, and the result was a wonderful dedication and conference. The NWHP is grateful for her achievement.

Kathleen was born and raised in San Rafael, California. She graduated from California State University at Chico and Pacific Lutheran University at Tacoma, Washington here she earned an M.A. in Social Sciences. She chose a career in the U.S. Air Force, where she served for twenty years and held the rank of Lieutenant Colonel upon her retirement in 1994. She was honored many times while serving in the military. Her awards would fill an entire page.

After retiring, she and her husband DeVonde, moved to Reno. She joined the NWHP in 1996 and has served as our Treasurer, State Secretary, Membership Committee assistant, and policies and procedures coordinator.