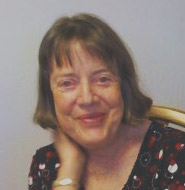 Descendant of the Springmeyers, a pioneer Carson Valley family, Sally Zanjani received her Ph.D. from New York University in 1974 and was associated until 2009 with the political science department at the University of Nevada, Reno. She is the author of more than seventy articles and ten nonfiction books.

Her book A Mine of Her Own: Women Prospectors in the American West, 1850-1950 (1997) was chosen as one of the top ten books of all time by the Mining History Association. The Ignoble Conspiracy was largely responsible for posthumous pardons granted Goldfield union radicals Morrie Preston and Joseph Smith in 1987, eighty years after their convictions.

In 1998, Sally served as president of the Mining History Association, the first woman elected to this position, and in 1999 the Association honored her with the Rodman Paul Award for outstanding contributions to mining history. In 1997 the Nevada Women’s History Project included Sally in the Roll of Honor for her outstanding work documenting Nevada women in history.

In 2000 Sally Zanjani was inducted into the Nevada Writers Hall of Fame.
http://knowledgecenter.unr.edu/libraries/support/writers_hof/zanjani.aspx

Books by Sally Springmeyer Zanjani
Helen J. Stewart: first lady of Las Vegas. 2011 (with Carrie Townley Porter)
Devils will reign: how Nevada began. 2006
The glory days of Goldfield, Nevada. 2002
Sarah Winnemucca. 2001
A mine of her own: women prospectors in the American West, 1850-1950. 1997
“Ghost dance winter” and other tales of the frontier. 1994
Goldfield: the last gold rush on the western frontier. 1992
Jack Longstreet: last of the desert frontiersmen. 1988
The ignoble conspiracy: radicalism on trial in Nevada. 1986 (with Guy Louis Rocha)
The unspiked rail: memoir of a Nevada rebel. 1981
The minority party innovation theory: the case of Nevada, 1886-1918. 1975 (dissertation)