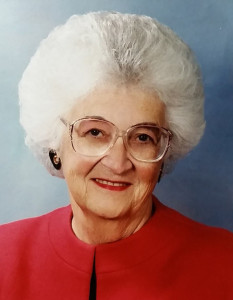 The Genesis of NWHP
By Janet White

It began quite simply, a phone call or two, then a few more. Many, many questions, some with no answers. Some suggestions on where the required information might be found. Always more questions than solutions. Who was she? Where was she born and where did she live? When did she come to Nevada? Why did she come here? Who was the first Nevada woman to obtain the license, pass the bar, practice medicine, work her own mine, run her own ranch? The dry creek of information was flash-flooded with questions.

To Jean Ford, the woman to whom these questions were addressed, it was clear that times were a’changing and women’s lives were demanding to be acknowledged, researched, written. Jean ford

In 1991, Jean was appointed Acting Director of Women Studies at the University of Nevada, Reno. In the spring of 1992 she designed and taught a new course: “Nevada Women on the Frontier.” Around that time, UNR professors Steve Lafer and Steve Tchudi, who had initiated “Reading and Writing the West” as a Summer Institute for teachers, engaged Jean to design and coordinate some creative bus tours for this class. So, it seemed quite logical that if anyone had questions about Nevada women, Jean Ford would know the answers.

In 1993 the phone calls poured like a cloudburst from the desert sky, and Jean was inundated. Since the history of women was being researched across the nation, why not here in Nevada? The idea of a clearinghouse on Nevada women’s history was first discussed at a weekend retreat hosted by Beverly Hubbard at Meeks Bay, Lake Tahoe.

This brief paper stated a proposal: November 11, 1994 to discuss “the feasibility and desirability of creating an organization to carry out some special projects relating to Nevada women’s history.” Additional instructions were mailed on November 5, 1994 concerning the Tahoe retreat.

But Nevada weather interfered, not uncommon in November, and the business meeting was held instead at the Unitarian Universalist Fellowship of Northern Nevada on Del Monte Lane in Reno. Earlier that day about 50 women and men had gathered to hear Linda Dufurrena speak of her oral history projects in Humboldt County and show slides of her photography of Northern Nevada. The “agenda for November 11, 1994” unfolded as discussion and brainstorming through the afternoon and evening explored organization, purpose, programming, types of roles available for involvement, and more. What’s next? Good question.

At that November meeting, 19 women signed up to become involved. The minutes of Sally Wilkins reflect a prophetic comment, “Were on the first step of an unknown pathway!! Let’s work together to create a wonderful opportunity for ourselves and those who come after us!!”

On February 7, 1995, an invitation was issued to an extensive list of nonprofit organizations and government agencies to attend, on February 22nd, “the launching of a new exciting program regarding Nevada women’s history which is being initiated during the 75th Anniversary of women gaining the right to vote. “This invitation was issued by Fritsi Ericson, President and CEO of Nevada Women’s Fund; Bobbie Gang, State President of the American Association of University Women; Mary Larsen, State President of Nevada Women’s Political Caucus; Nancy Wall, State President of League of Women Voters of Nevada, and Jean Ford, as coordinator of the Nevada Women’s History Project — an impressive group of interested women. More than twenty people attended, and expressed interest in creating a statewide organization.

Participants at a March 16 meeting chose the name Nevada Women’s History Project; amended the purpose to emphasize interest in the history of Nevada women of every race, class and ethnic background; approved the dues and organizational structure; and accepted the offer of the Nevada Women’s Fund to act as the fiscal agent for the group until full organization was achieved.

More monthly meetings followed. At the September meeting, Jean Ford reported membership included 44 individual members, 14 organizations and 9 state agencies; the By-Laws Committee presented a draft of organizational by-laws for consideration, the Program Committee reported on oral history and archives workshops, a summer teacher institute for 1996, a monthly Research Roundtable, and plans were finalized for NWHP participation in the Nevada Day Parade in Carson City on October 31, 1995. Additionally, the Newsletter editor set a deadline for copy for the Inaugural Issue of the NWHP newsletter. So, here we are: The Nevada Women’s History Project. As a cloudburst of membership is welcomed, our passageway to success is guaranteed by dedication, participation and joy.

As the current Chair of the Nevada Women’s History Project I am proud to read this article by Janet White and see that we are following true to the original focus and goals of the founding Steering Committee. We continue to be a clearinghouse for Nevada women’s history for all Nevada women. Moving toward a digital clearinghouse through our new website, in development, we are broadening the focus of the current NWHP website to include the work of other organizations. Every decision the current Board of Directors makes is run through the filter of the original goals of the NWHP.

I chuckled a little when I read that the Nevada Women’s Fund agreed to be the fiscal agent for the NWHP “until full organization was achieved,” which was accomplished in 2014, 20 years after that agreement was made. We thank the NWF for their patience.